Givon square is a new public space in the city center of Tel Aviv. It used to be a parking place, which has now been moved underground in the area below the square. The lighting design of the square was inspired by the movie sets.
Large, glowing spots and lampshades were used to recreate the dramatic atmosphere found in large film studios shooting night scenes, so those sitting in the ‘director style’ chairs laid out around the square, can get a feel of what it means to be the ‘stars’.
The central element, the fountain, follows the same ‘movie set’ inspiration. Its aim is to create a low-level fog effect, with each water spray lit with a small spot to keep the effect close to the ground. 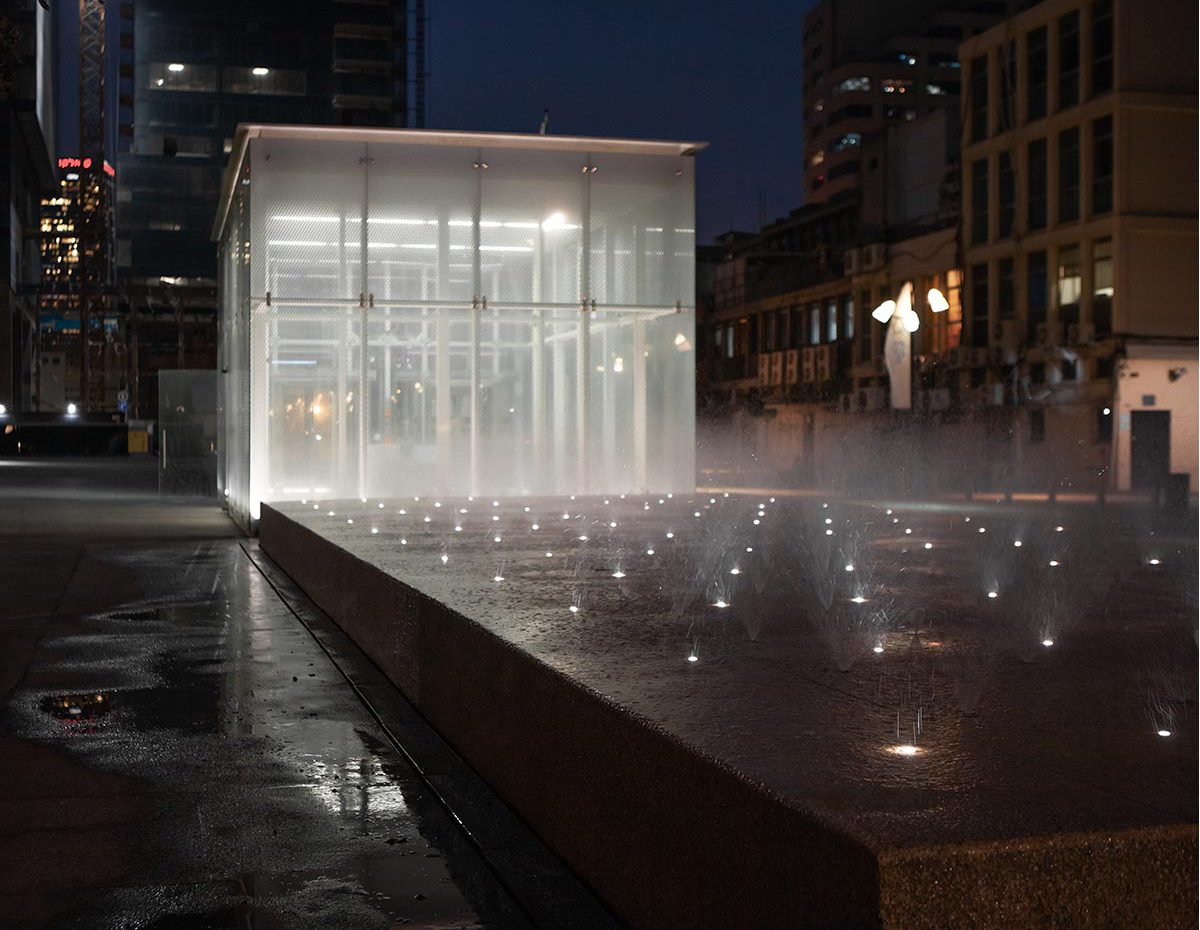 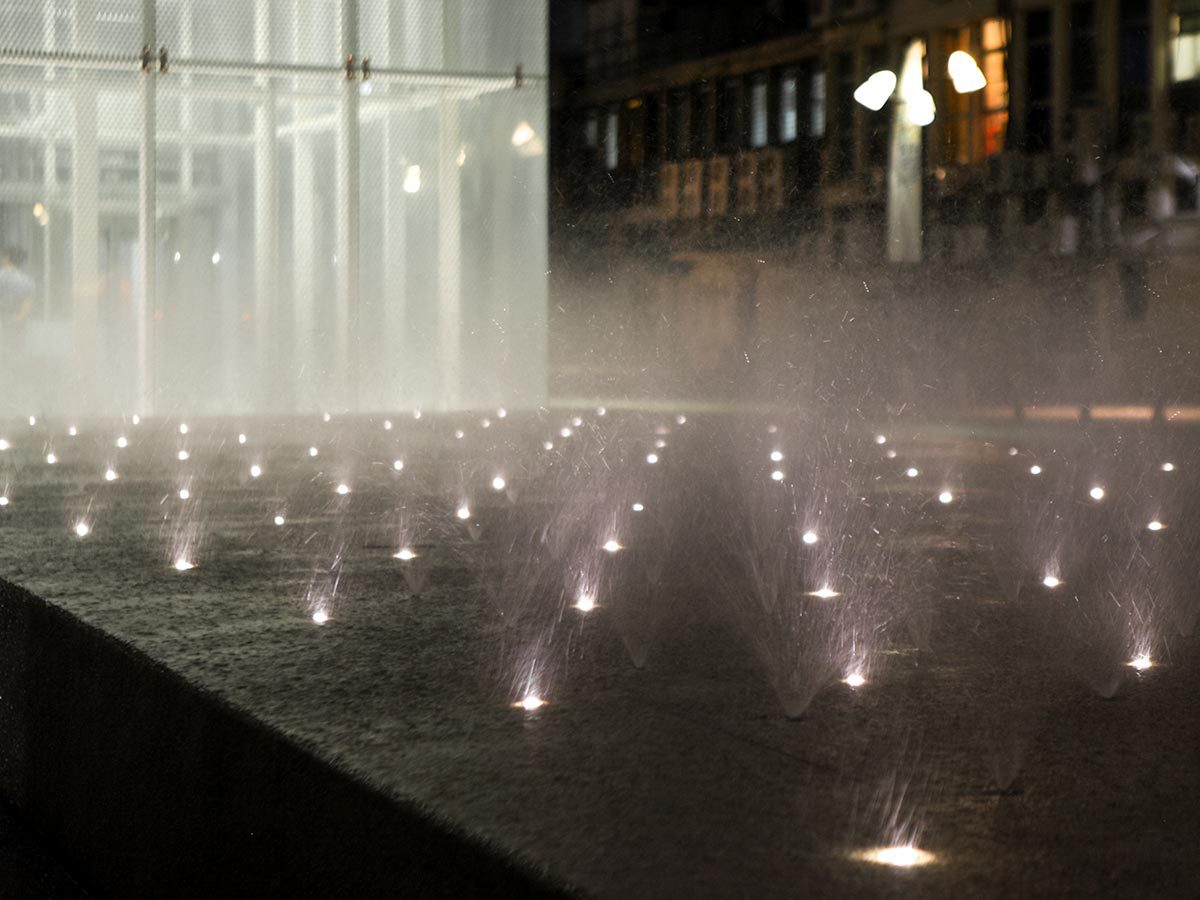 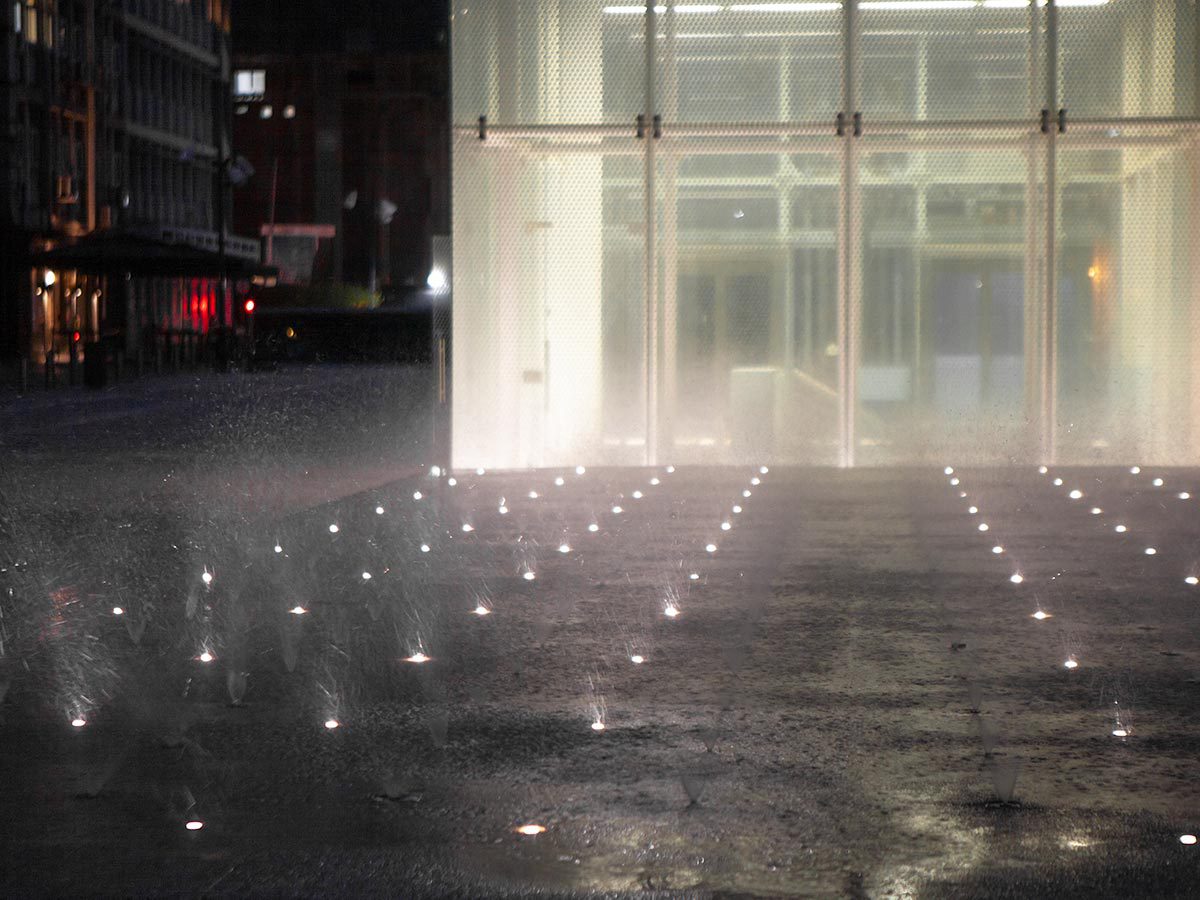 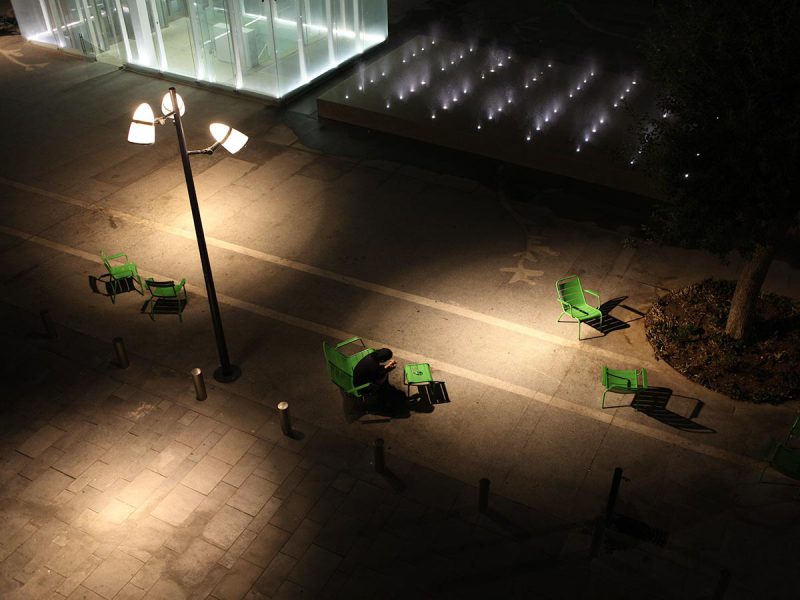 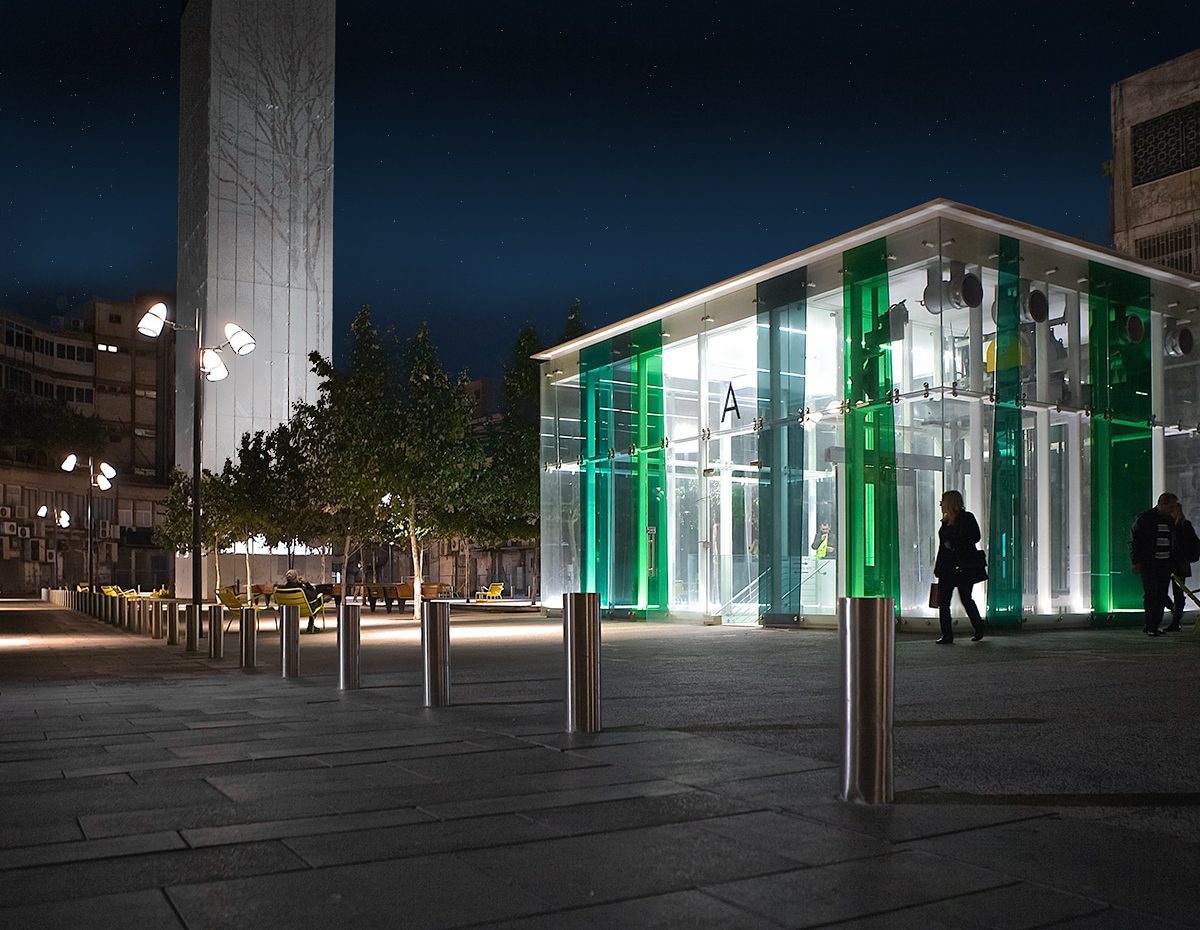