There is a Sun in the Hannah Robina Hall, the main hall of the Israeli National Theatre, “Habima”. The Sun shines its warm white light when the audience comes in, then turns deep orange and finally turns dark when the drama on stage is about to begin.

The Sun is a 15 meter in diameter light fixture that is suspended from the ceiling, 16 meter above the audience. It consists of a giant light fixture covered by a video screen stretched in front of it. The screen allows the light to pass through and scatters it softly throughout the great hall.

The fixture features 4 motors, so when the show begins the Sun is lifted to the ceiling and darkness falls.

The inspiration for the Sun came from the masterpiece work of Oalafur  Allison, the Weather Project, which was exhibited at the Tategallery in London in 2003. In the heart of the experience created by Allison was an enormous Sun which was made of hundreds of tiny bulbs and thousands of reflectors that gave the visitors the impression that the skies have opened and the sun came into the room.

“Habima” architect, the late Ram Karmi, had this image in mind when he first conceived the design for the building restoration. He imagined the sun rising up on the horizon, and that was the image that inspired the dark blue colors of the Robina Hall and the orange Sun.

By means of technology and vision, we’ve translated his idea to light.

Today the SUN is the main light at Robina Hall that washes the space with soft light changing its color as it moves into the deep blue sky. 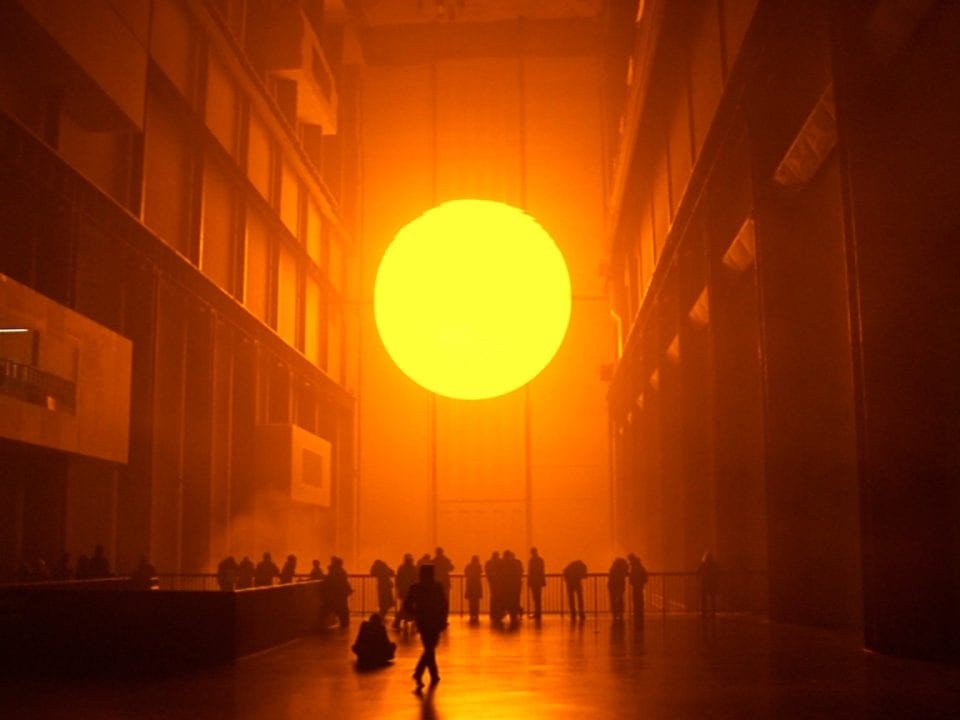 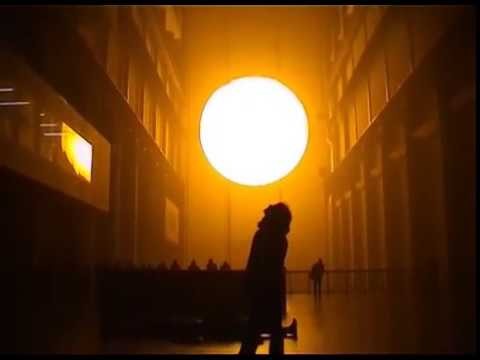